This Gentian is easy to grow making it a good choice as your first Gentian. It is a loose, semi-sprawling plant with lax stems and flowers. As it grows, the stems tend to lie on the ground creating an enlarging mat of bright green grass-like leaves. When grown between other plants it is more upright.

Flowers are blue with white spotted throats and are formed in the leaf axis and at the growing tips. In cooler regions like Ontario it can be grown in full sun where it will flower better than in part shade. It may self sow slightly near the mother plant but is not at all invasive. Once established it seems to be long lived and undemanding. 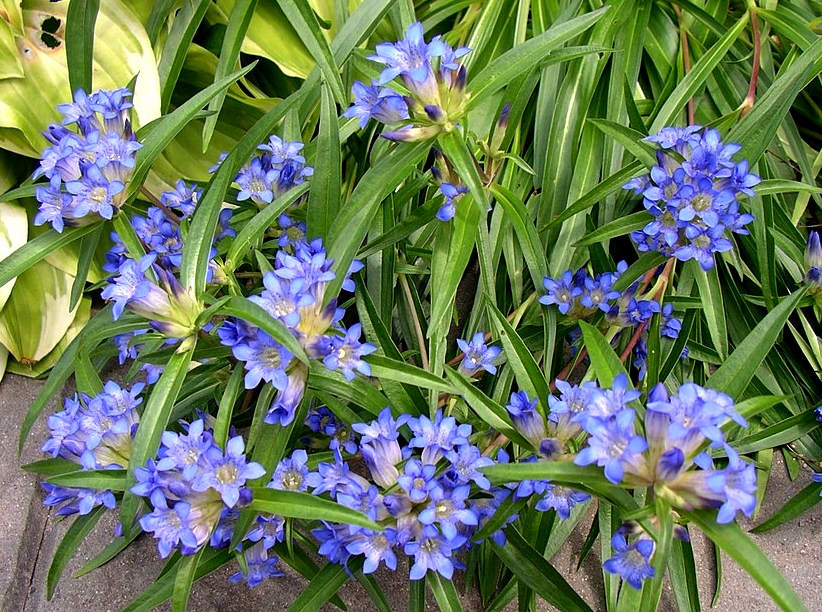 The lovely blue flowers and late summer flowering period make this a valuable addition to your garden.

For the true collector of rare plants try G. kurroo or G. olivieri which are in the same subgenus and are considered by some to have an even better floral display than G. dahurica. 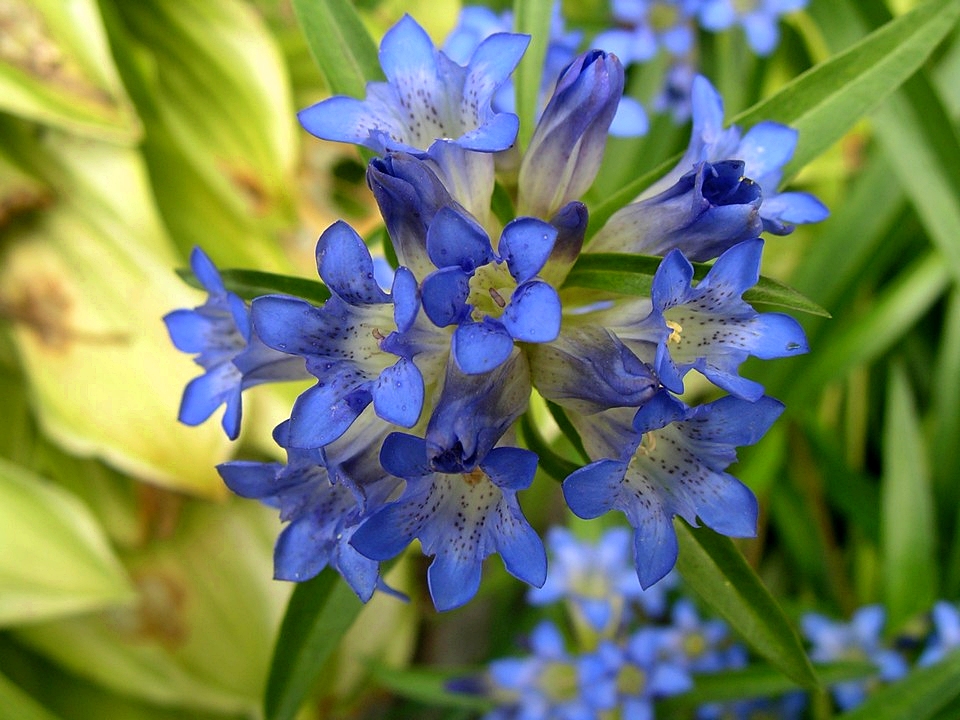 Soil: normal well draining with some humus, flexible on pH

Contributions to this page were made by: Robert Pavlis, Barrie Porteous