Anemone hupehensis var. japonica 'Pamina' is more commonly known as Japanese Anemone ‘Pamina’. Pamina flowers in fall for up to 2 months. A cold spell and even snow will not slow it down. It makes a great display in any situation from full sun to shade but does best in part shade. 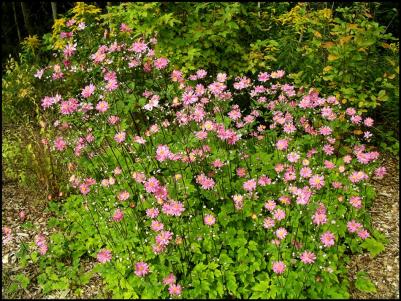 The Japanese anemones all flower for a long period at a time when the garden needs some colour - that is their strength. Their weakness is that they tend to spread. I would not call them invasive, but they do come close. Pamina is no exception. They will form a nice tight blanket and keep weeds at bay.

I consider Pamina one of the best Japanese anemones. It is shorter than most, and has a nice deep pink colour. The Chicago Botanical Gardens evaluated a large number Japanese anemone varieties and they don’t agree with this author. Pamina does get high ratings, but is not one of the best. The RHS has given it the ‘Award of Garden Merit’. Give Pamina a try – you’ll love it.

The nomenclature for these plants is very confusing. The plant was first brought to Europe from Japan and called A. japonica. It turns out that the plant is not native to Japan and originated from China. There are three similar species; A. hupehensis,  A.tomentosa and A. vitifolia. Hybrids amoung these are called A. x hybrida in part because the parentage of most hybrids is a bit fuzzy. Pamina is said to be a hybrid between A. hupehensis and A. vitifolia and some references call it A. hybrida ‘Pamina’. The more common name is Anemone hupehensis var. japonica 'Pamina' . If you are shopping for the plant, look for a Japanese anemone called Pamina. 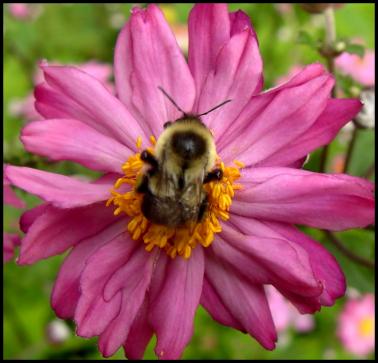 Sow immediately. The viability of these seeds is short or the species propagates best with fresh seed. Stored seed might be coaxed into germination with temperature cycling and patience.
Sow @ 20°C. If seed does not germinate within 3 months, try 4°C for 1-2 months, then 20°C again.
Question: There’s no mention of the fluff attached to these seeds in our Germination Guide. The seeds are impossible to separate, so I guess I’ll just sow with the fluff. Answer: Germinate anemones by sort of dotting tufts of the fluff over the surface of the medium. There are sometimes harder nubs in the fluff which appear to be the seeds.
Robert Pavlis