Plant of the Month for December, 2012

A darling plant for the rock garden that is not very well known, especially in North America.

Hornungia alpina forms a nice solid tufted clump with small pinnate fresh green leaves that look good all year round, even in winter. The plant is reported to bloom in early spring (March to April), but mine blooms almost continuously from mid summer into late fall. In my zone 5 garden this is the last plant to have open flowers – still going strong in late November.

Comment added June 9, 2013: This year the plant started to flower in late April and it has been covered with flowers ever since. 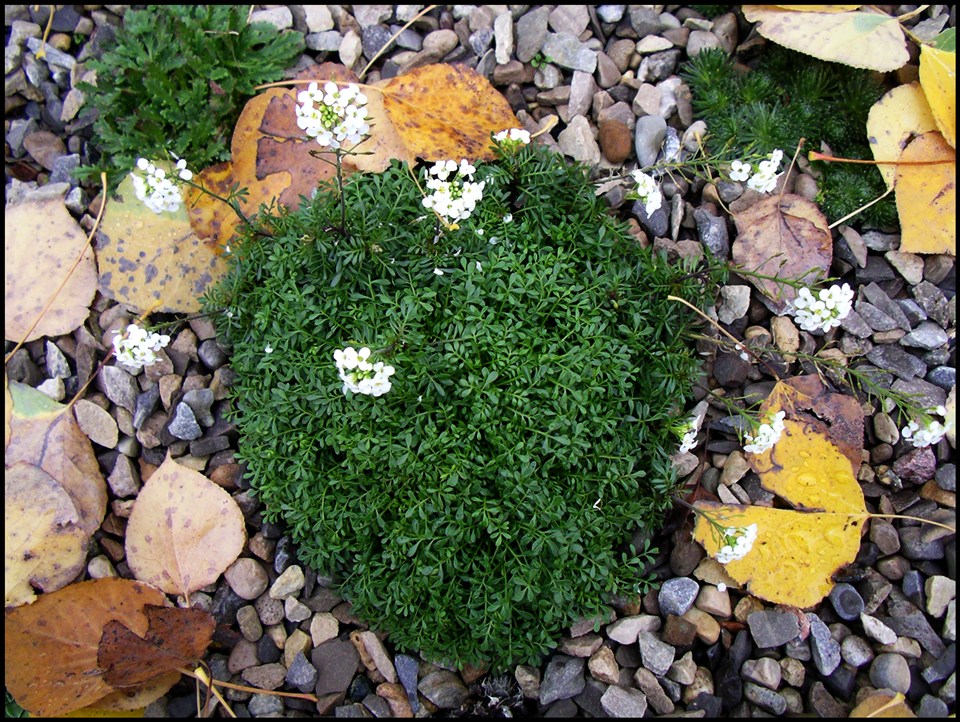 The flowers are slightly fragrant, white and typical of the mustard family. As flowers fade, the flowering stem elongates and new flowers are formed on the same stem. No wonder the variety ‘Icecube’ is a Quality Award winner.

I originally had the plant growing at ground level beside larger neighbours where it grew well but did not shine. This year I moved it to a trough and it is the star of the show. Over a few years it might get too big for a trough without some pruning. 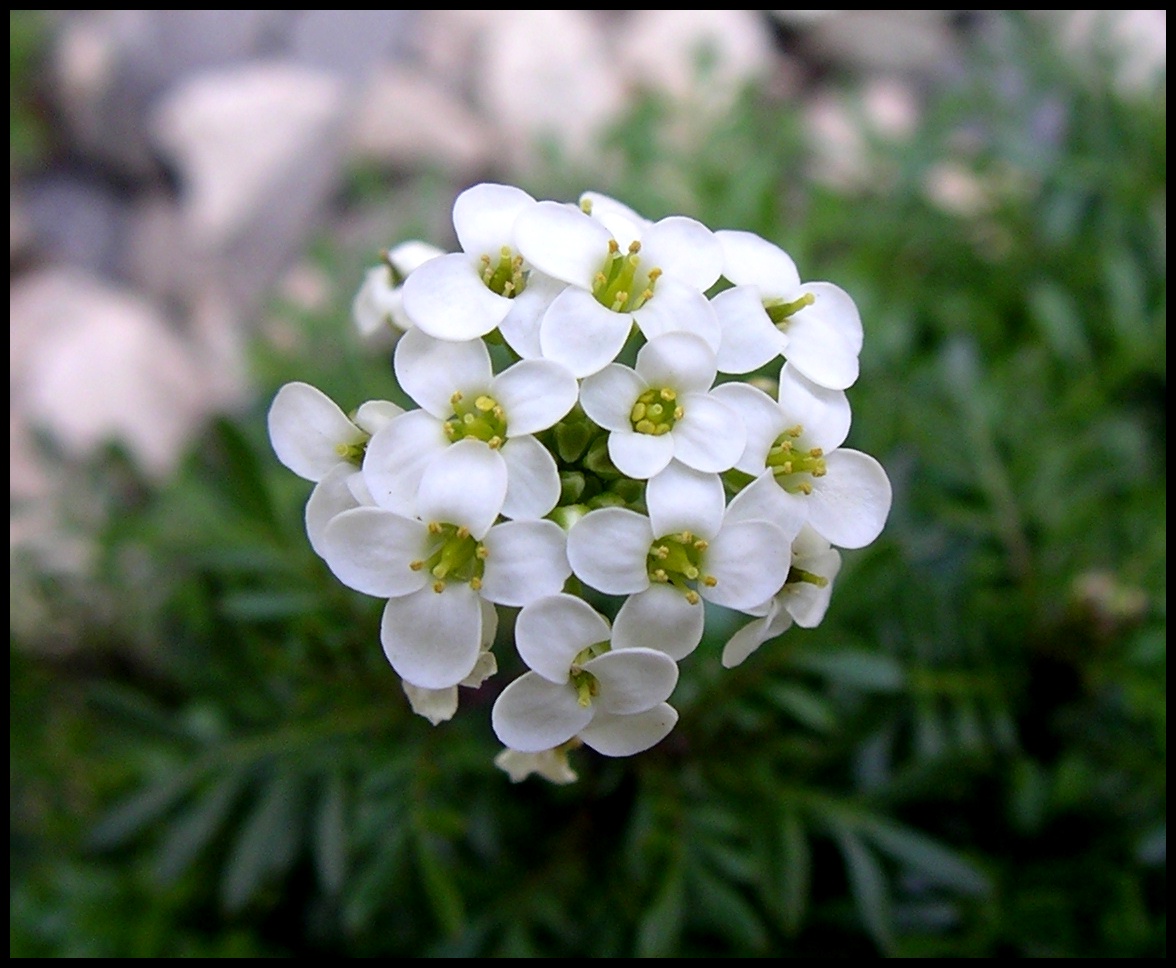 The plant has had several names. It’s common name is chamois cress. In Europe it is better known as Pritzelago alpina and in North America it is known as Hutchinsia alpina.