Known as the vesper iris, the flowers of this plant open at 4:00 pm each day, just in time for evening vespers. This is a collector’s plant; something special for those who like growing plants that none of their gardening buddies have. Although fairly rare in cultavation, the vesper iris is easy to grow and adds a special touch to the garden late in the year when few other plants flower. It flowers for many weeks with each flower remaining open for one day. A well grown plant can have over a hundred flowers. 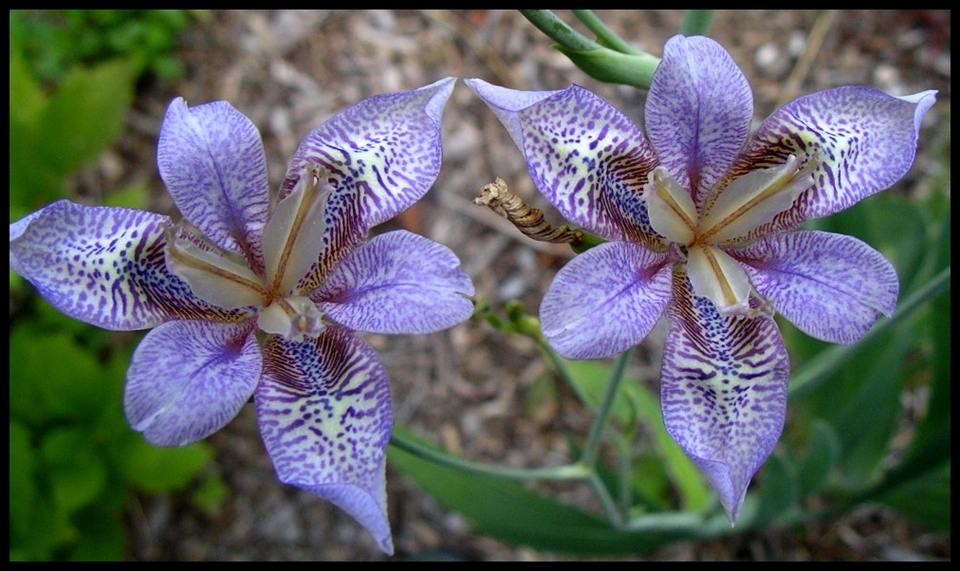 The leaves look a bit like a bearded iris, but it has a definite stem and the sword shaped leaves fan out flat on the sides, reminiscent of a Vanda orchid. This is a perennial but some sources claim that it is short lived. Luckily they grow quickly and easily from seed so you can expect some self seedling. Seedlings can flower the first year.

This plant used to be called an Iris and then it was moved to its own genus and called Pardanthopsis dichotoma. As a result of recent DNA studies it has now been renamed, Iris dichotoma. Many references still use the old name.

This is all very confusing so let’s get back to the flowers. Plants with all of the above names are similar looking in both plant and flower structure. Iris dichotoma has flowers that are a definite blue-violet colour. The above picture shows the most common coloration, but it can have darker bars on the petals, and have a much darker violet colour. A white version may exist. Belamcanda are shorter plants and have either red or yellow flowers, usually with spots, and open first thing in the morning. The hybrid flowers have a mixture of colours with or without spots. They are shorter than Iris dichotoma and flowers open earlier in the day. The hybrids seem to be long lived. 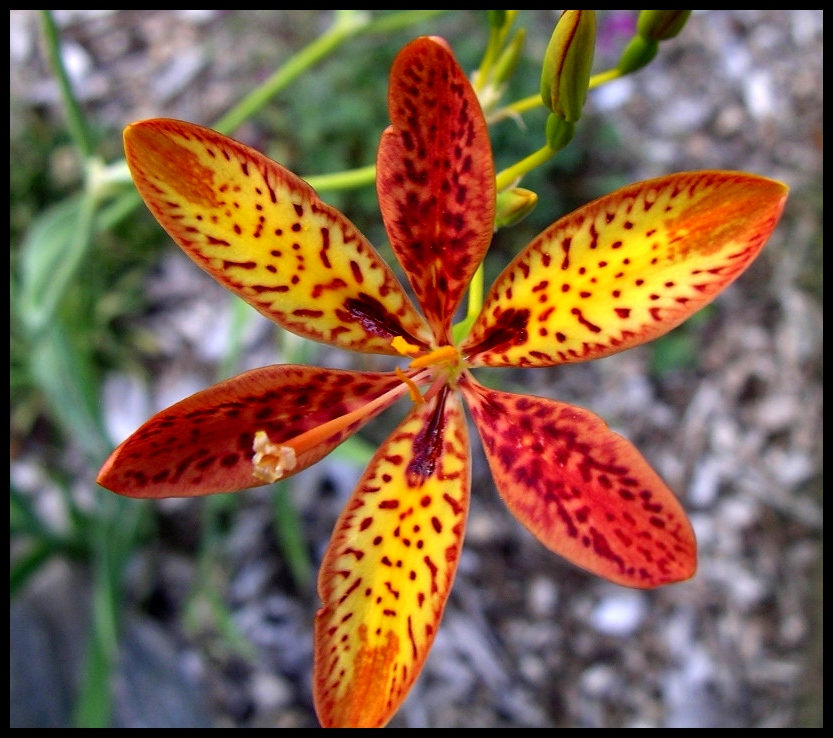 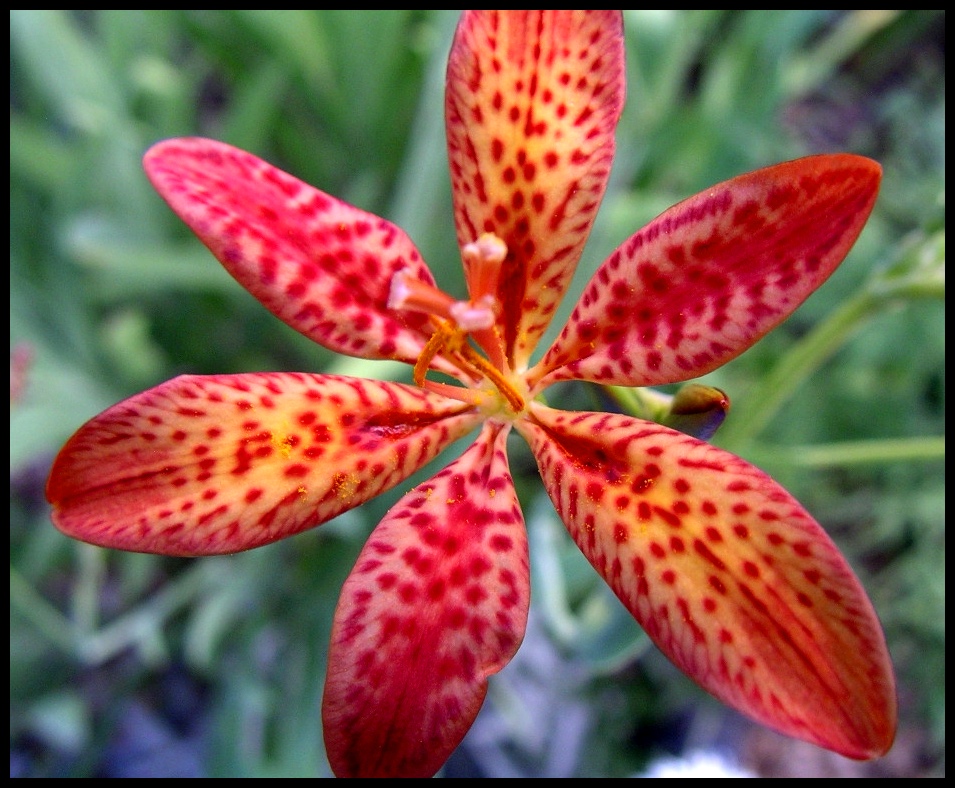 Seedex availability (ORG&HPS annual Seed Exchange): available infrequently (will be there in 2012)

Requires soaking. Place in warm water until seeds swell, usually 24-48 hours. Discard floaters and the water used for soaking. See https://youtu.be/dhL57pqnHHQ
Sow @ 20°C. Seed germinates within 3 months.
Iris dichotoma seed prefers sunshine and variable temperature but rots if too wet. Seeds at milk stage rot without germinating; seeds at dough stage can germinate and have rather high germination rate; fully ripe seeds can germinate without dormancy, and the germination rate is up to 100%. Soak and rinse ripe seed in clean water daily x 4 weeks 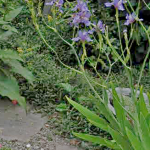