Prosartes maculata is a rare beauty for the shade garden. It’s flowers face down similar to hellebores, so you have to lift the flowers to really enjoy them but they do flower early in the year after most daffodils and before the big show of iris and peonies.

The common names for this plant include nodding mandarin, spotted disporum, and spotted fairybells. It used to be in the genus Disporum but was moved to Prosartes after DNA testing. So what is the difference between these two genuses? The Pacific Bulb Society says, “the differences are not readily visible to the naked eye. Without a DNA testing lab you can’t tell the difference.

Prosartes maculata has the unusual habit of developing two flowers on each forked flower stem. It produces straw coloured berries. 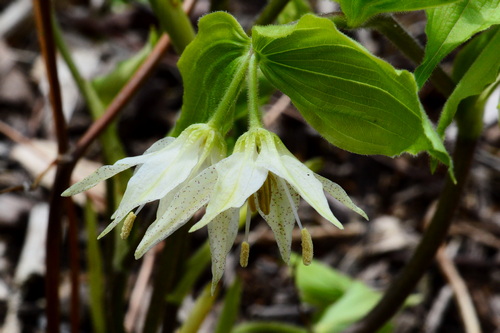 The nodding mandarin spreads by rhizomes, but this is one of the slowest spreading plants I’ve grown, especially compared to other disporum. It is part of the lily family, so it might get attacked by lily beetle, but so far I have not noticed them on the plant. It is persistent, provided it does not get too dry in summer. 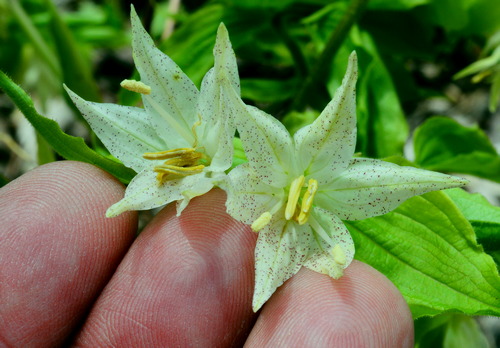 Use repeated cycles of 20°C, then 4°C for 3 months each. Germination is very prolonged.
Robert Pavlis