Plant of the Month for November, 2020

Ornithogalum candicans, is a tall, regal summer-flowering bulb that is little known in gardens. You might recognize it as Galtonia candicans. This plant was reclassified in 2004 when all of the Galtonia species were moved into the Ornithogalum genus, which I think is a shame since some of this genus, like star-of-Bethlehem, are garden thugs. O. candicans seeds very little and only at the base of the parent. It is no thug.

Other popular names include summer hyacinth, spire lily, and Berg lily. It looks like a giant summer snowdrop and works well in the middle of the perennial bed where it can stand well above the other plants. It starts growing late in spring and you might be tempted to plant other things on top of it, but make sure you give it a good space to grow. For a bulb it's a large plant. 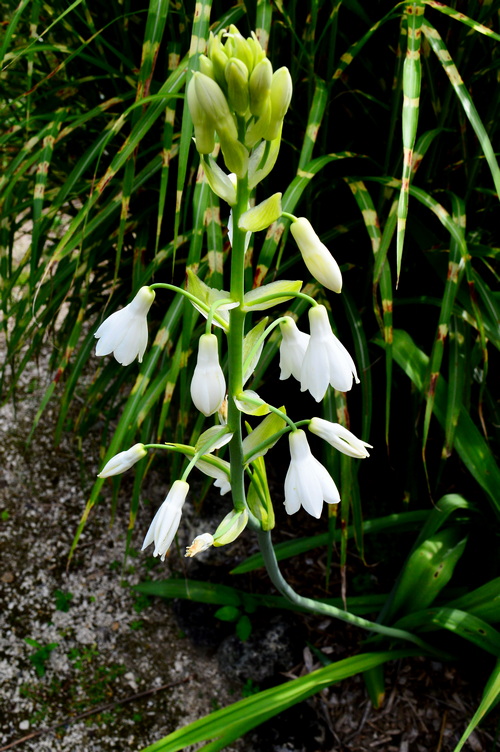 The summer hyacinth is reportedly only hardy to zone 7, but I have been growing it in zone 5 for at least 6 years and it is quite hardy here. The bulbs have slowly multiplied to the point where I now have two clumps.

It is reported that each bulb will produce a secondary flowering stems from each bulb. To be honest, I have not noticed this, but I have not looked either. It does flower for several weeks. 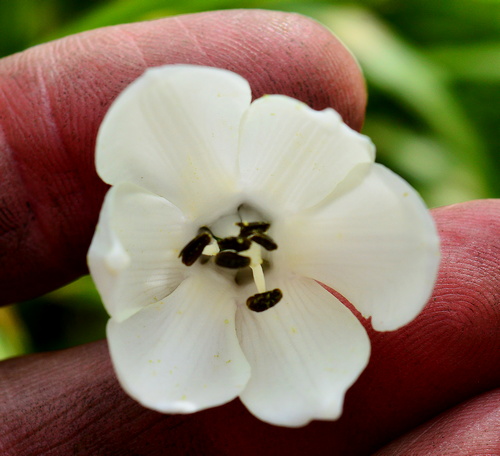 Sow immediately. The viability of these seeds is short or the species propagates best with fresh seed. Stored seed might be coaxed into germination with temperature cycling and patience.
Requires darkness.
Sow @ 20°C. Seed germinates within 3 months.
Robert Pavlis