Sanguisorba canadensis is rare in gardens but should be grown more often. It's a bog plant and this may lead people to think it needs a wet spot to do well, but my plant grows in a normal garden bed that rarely gets watered and I have grown it from seed. It flowers at about 120 cm (4 ft) and this shorter stature may be due to lower moisture levels. It shows no wilting or dry leaf edges due to a lack of water. 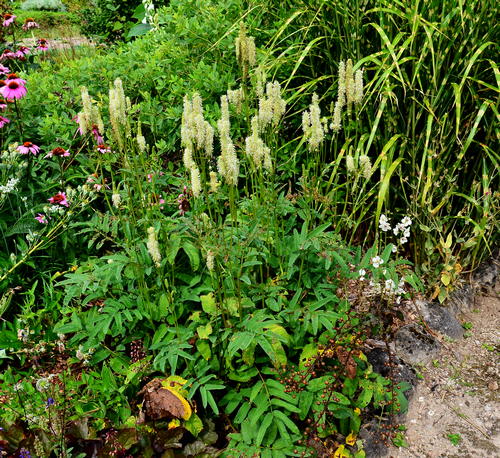 It's common names include Canada burnet, the American burnet and the white burnet. In the wild it grows along rivers, in swamps and tidal marshes. Since this type of habitat is quickly being lost in North America, the Canada burnet is also becoming rare and has reached extinction levels in some states.

The Canada burnet has flowers that are creamy white and have an unusual shape and texture, reminding one of a bottle brush. The flowers are held well above the foliage making for a great display. Even out of flower, the leaves have an interesting odd-pinnate compound shape and it's very pest free. 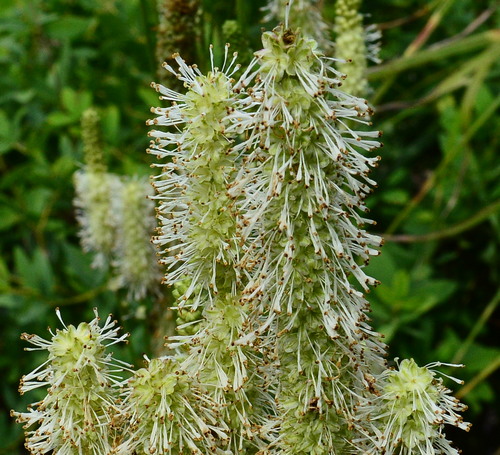 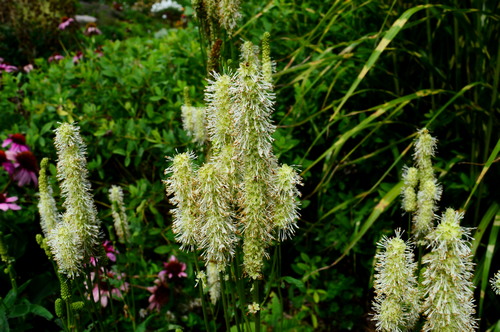