Gentiana angustifolia produces huge flowers relative to the size of the plant. This is one of the best plants in my rock garden and it should be added to every garden that specializes in small plants. 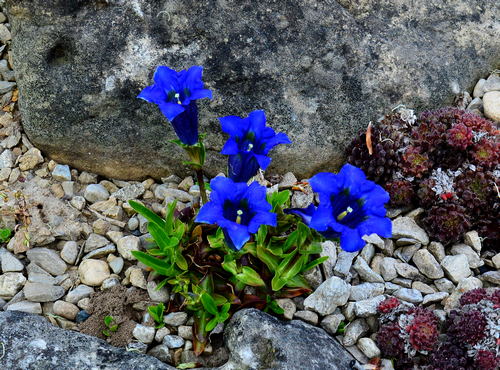 G. angustifolia is part of the Gentian acaulis group (the stemless to short stemmed gentians) and is very similar to G. acaulis. In nature and in horticulture these two species cross breed quite a bit and so this purchased plant could easily be a hybrid between the two. I am told that agustifolia is the easier of the two to grow because it is less demanding about soil pH. I have had no problems growing the plant pictured here. Because these gentians have a reputation of being difficult to grow, I kept it in the original pot and just sunk it in the ground over winter. Last spring I took cuttings, grew them in my raised rock garden and both have done very well. 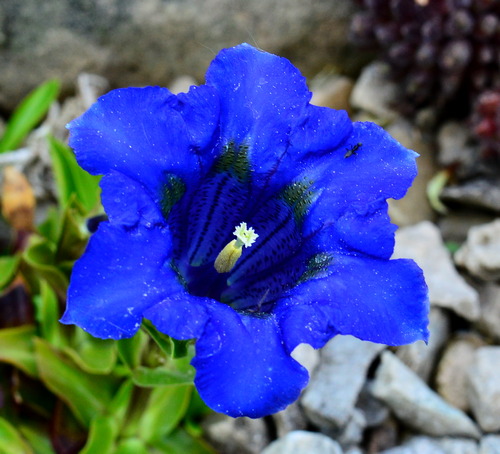 Common names include stemless gentian, short-stemmed gentian or trumpet gentian. In the wild it grows at elevations up to 9,700 feet, in the limestone Alps of Western Europe. They prefer cool summers and don't do well in zones warmer than 7. 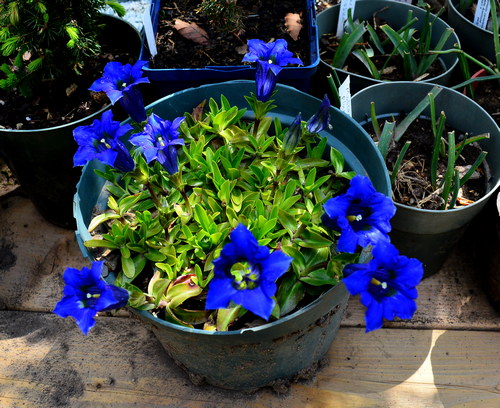