Are you interested in an easy to grow exotic orchid for your garden? Roscoea cautleyoides isn't a real orchid but the flowers sure look like one.

Roscoea cautleyoides is one of the more popular species in this uncommon genus, which is to say that it is quite rare in gardens. That is surprising given the beauty of these plants. It is a member of the ginger family, but unlike other gingers it is fairly hardy. Everything I found on the internet said it was a zone 6 plant, but it has been in my zone 5 garden for several years now. The key to growing it in colder climates might be to plant it deep. I can't remember how deep I planted it, but it was probably about 6" deep. This plant has contractile roots and will pull itself lower if you plant it to high. Roscoea tibetica and Roscoea alpina are also hardy in my zone 5 garden. 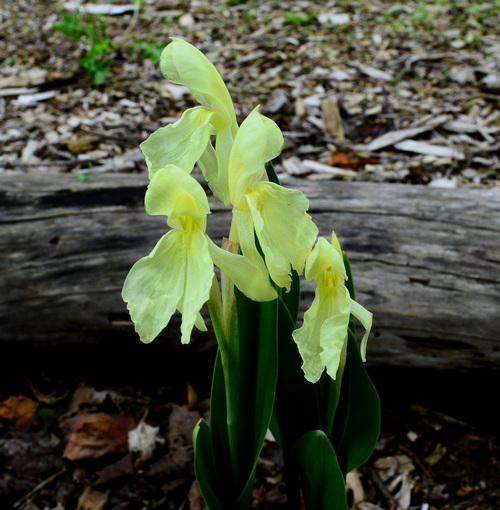 The root system resembles a dahlia with a short vertical rhizome which is attached to tuberous roots. It is late to show above ground and usually does not make an appearance until early summer. At that time pseudostems are produced that are formed from a tightly wrapped cone of leaves. As it grows the leaves partially unravel as the flower develops above them. 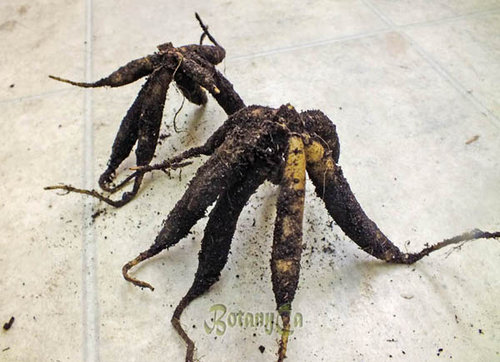 If you need to move this plant or want to divide it, it is best to wait until it just shows itself above ground. Then gently dig down to find the rhizome, which can be quite deep. This species is reported to be able to handle conditions that are sunnier and drier than other Roscoea species. 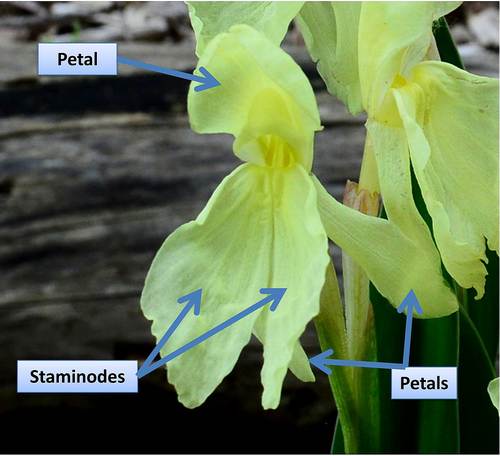 The flower has three petals, a top dorsal which is the largest and appears as a hood and two lower ones that point down. The structure in the middle looks like petals but are actually four sterile stamens (staminodes). The lower two are partially fused together to form a lip giving the flower its classic orchid look. The most common color is a pale yellow, but they can also be purple, white or pale pink. 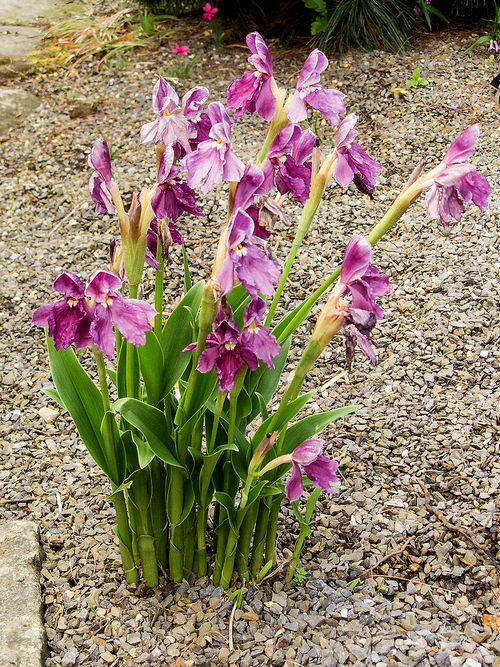