Holly berries were an important part of our winter decorations in England when I was young. We checked all the holly trees on the farm in October for the best potential crop. We  took a sled to collect branches just before Christmas, hoping for some ice or snow. Some vigorous trees never had berries. I eventually learned these were male. 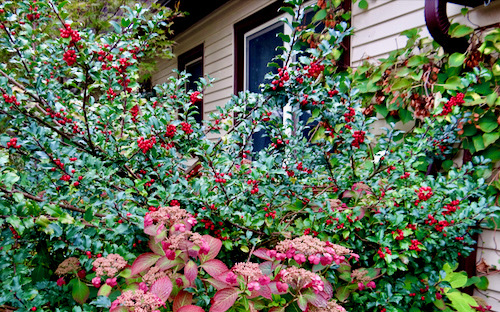 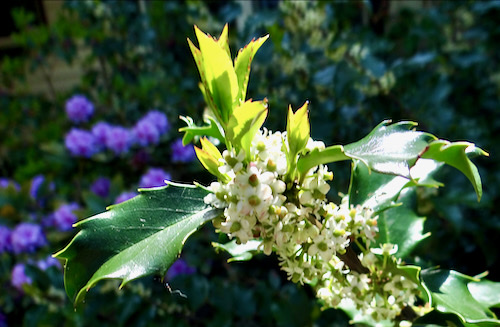 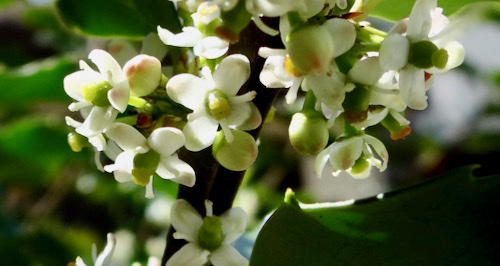 Close up of female flowers without anthers.

Fruit: Glossy bright red, 6 cm berries, from September through winter, or until eaten by birds. 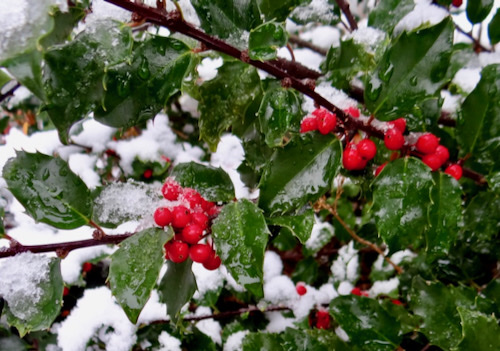 Environmental Use: Pollen and nectar in spring. Fall and winter food for birds. Year round shelter.

Plant: A male plant is necessary for pollination and berry formation. One male shrub is enough to pollinate five female shrubs of the same group if planted in proximity.

Planting: Use as a hedge, a specimen or in a mixed shrub border with more neutral soil tolerant rhododendrons such as ‘P.J.M.’

Pruning: As necessary, after the flowers form. Also a careful early December pruning for decorative branches indoors or in planters.