The original specimen was discovered growing in Eastern Oregon in the Wallowa Mountains. It was named after Chief Joseph who led the Nez Perce Nation in the late 1800s.

Winter days seem long and dreary at the end of January, especially if the snow has melted. This is when evergreens give great interest to the garden, with greens ranging from purplish-black to dark and light greens. Many are in shades of blue or have yellow or white splashes. Pinus contorta var. latifolia ‘Chief Joseph’ is my all time favourite winter tree as the cold turns its green needles to a glowing gold. This is the most eye-catching tree in my February garden. 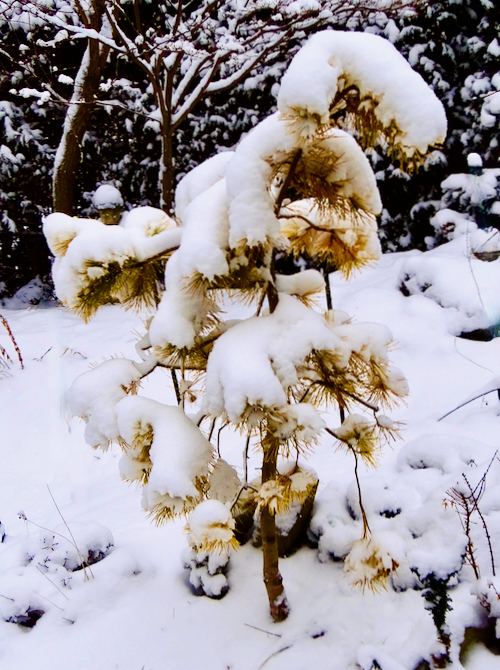 Leaves: Needles are a greenish yellow in summer, becoming a wonderful golden yellow in the winter cold. They are stiff, 9 cm long, 2 mm wide, with two in each bundle. 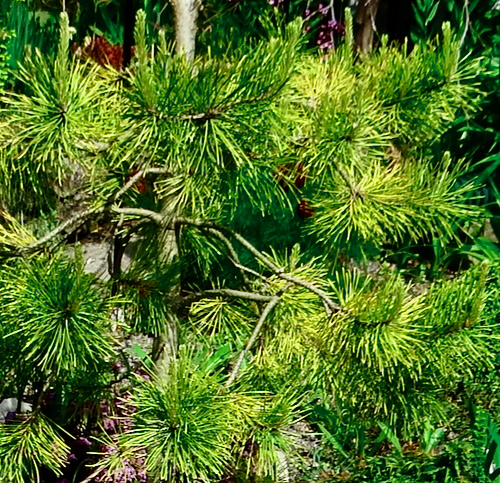 Plant: ‘Chief Joseph’ will grow in a variety of soils, surviving in poor conditions, including city pollution and some drought.

Light: Full sun. It will die in full shade. I planted small specimen under an unwanted evergreen, thinking it would benefit from protection until it became established and the large evergreen was removed. The small 'Chief Joseph' was dying so I pouring water over it, resulting in its quick death.

Pruning: ‘Chief Joseph’ although classified as dwarf, can grow up to 15 cm per year, eventually forming a twisted narrow shape up to 6 m high and 180 cm wide. This is too big for my rock garden.  I pinch back the candles by 2/3 in the spring when still soft and remove some branches to maintain an open shape.

Problems:  Do not plant in the shade. No major problems.

Alternative plants: Pinus mugo ‘Ophir’ or ‘Carstens’ are both yellow.